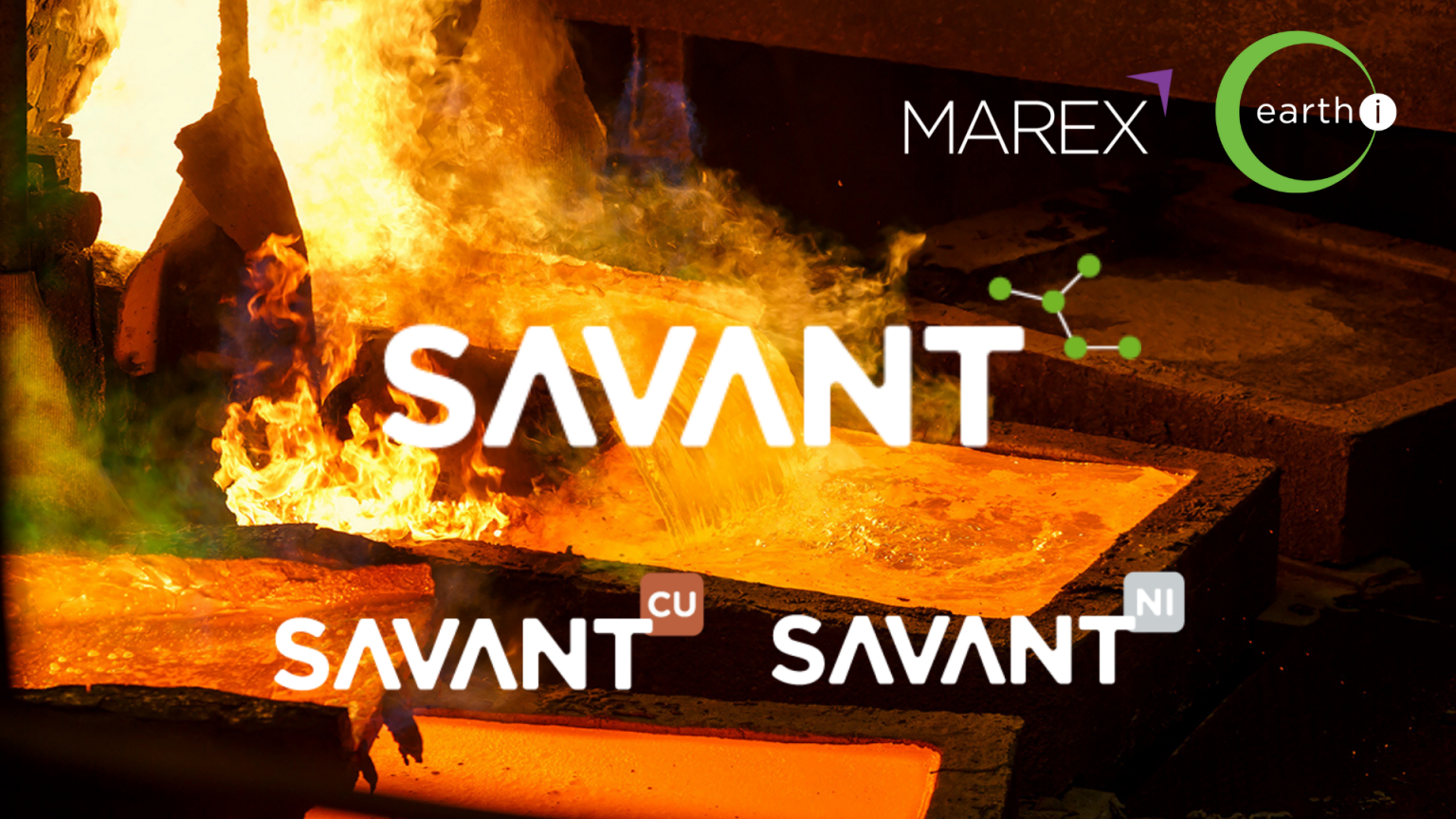 5 December 2022 – SAVANT, the unique geo-spatial analytics product launched in October 2019 by Earth-i and Marex, covers global smelting activity for both Copper and Nickel.

Global smelting activity rose in November as four out of five regions saw gains. Nevertheless, a reading of only 48.9 signalled a ninth consecutive month below the average of 50. Interestingly, only the Dispersion Index for Asia & Oceania fell, although at 52.3 this remains the highest of any region. Indeed it rebounded to finish the month strongly at 63.8, helped by evidence that the issues we noted last month at the Zhezkazgan smelter in Kazakhstan appear to have been resolved. Conversely, the ramping down of operations at the Chuquicamata smelter in Chile – where expected maintenance downtime has been extended from 90 to 135 days – weighed on the South American Dispersion Index which closed the month at 42.3, despite rising to a level above the two-year average for November as a whole. In China, activity picked up with the continuing ramp-up at the new 400kt/a Hongsheng smelter, while the similarly large plants at Chifeng and Jinguan also showed good levels of operating intensity. With the settlement of the benchmark treatment and refining charge (TC/RC) for 2023 at $88/t & 8.8 c/lb, it will be interesting to see if this now incentivises an increase in activity at less profitable custom smelters like that at Top Eastern, where activity has been sporadic this year.

Sign-up here for a free trial of the SAVANT service.

The Global Dispersion Index rose last month to 53.5 as NPI smelting activity in China recovered after a subdued number of months since the middle of the year. Nonetheless, operators remain sandwiched between the twin pressures of high ore import prices and underwhelming stainless steel demand. Similar to copper, the beginning of November signalled a strong period for nickel smelting as industrial activity tracked financial market indicators, confirming a broad-based pick-up in the economy after an underwhelming post-holiday period in October. Despite a seemingly patchy recent operating performance at FeNix in Guatemala and Doniambo in New Caledonia, good activity levels in the Far East and especially at Koniambo in the French territory in the South Pacific helped lift the ferronickel Dispersion Index. However, the energy crisis in Europe continues to weigh on higher quality class 2 metal, with the regional Dispersion Index plumbing a fresh record low of 24.0. It was interesting to note that the class 1 metal Dispersion Index remains the strongest of the 3 grades at 57.0, even though the Kalgoorlie smelter was down for maintenance in the first half of November.

Dr Guy Wolf, Marex Global Head of Analytics, commented: “With the benchmark for next year set at $88/t & 8.8 c/lb – a figure that many in the market thought high – conditions are ripe for custom smelters to take advantage of the expected strong growth in concentrate supply. However, we would caution that while scrap remains tight, a crucial input as cold dolt into a smelter’s Pierce-Smith converters, metal production may spring another surprise – this time to the downside.”

The Activity Dispersion Index is a measure of capacity-weighted activity levels observed at smelter sites where a reading of 50 indicates that current activity levels are at average levels.  Readings above or below 50 indicate greater or lesser activity levels than average, respectively.  The above chart displays these readings as a weekly rolling average.

The Inactive Capacity Index is derived from binary observations of a smelter’s operational status as being either active or inactive. The capacity weighted global and regional indices show the percentage of smelter capacity that is inactive, with readings displayed in the chart below as a weekly rolling average.  A reading of zero would indicate 100% smelting capacity.

The SAVANT platform monitors up to 90% of the smelting capacity for copper and nickel round the globe. Using daily updated sources, including extensive use of geospatial data collected from satellites, the index reports on the activities at the world’s smelting plants offering subscribers unprecedented levels of coverage, accuracy and reliability. This dataset allows users to make better informed and more timely trading decisions.

Marex was established in 2005 but through its subsidiaries can trace its roots in the commodity markets back almost 100 years. Headquartered in London with 22 offices worldwide, the Group has over 1,300 employees across Europe, Asia and America.